How to blend colors across 2 triangles

I am learning WebGL and I've drawn a full screen quad with colors for each vertex. No lighting or normals or perspective matrix or depth buffer; I'm just drawing a gradient background. This is what I get: 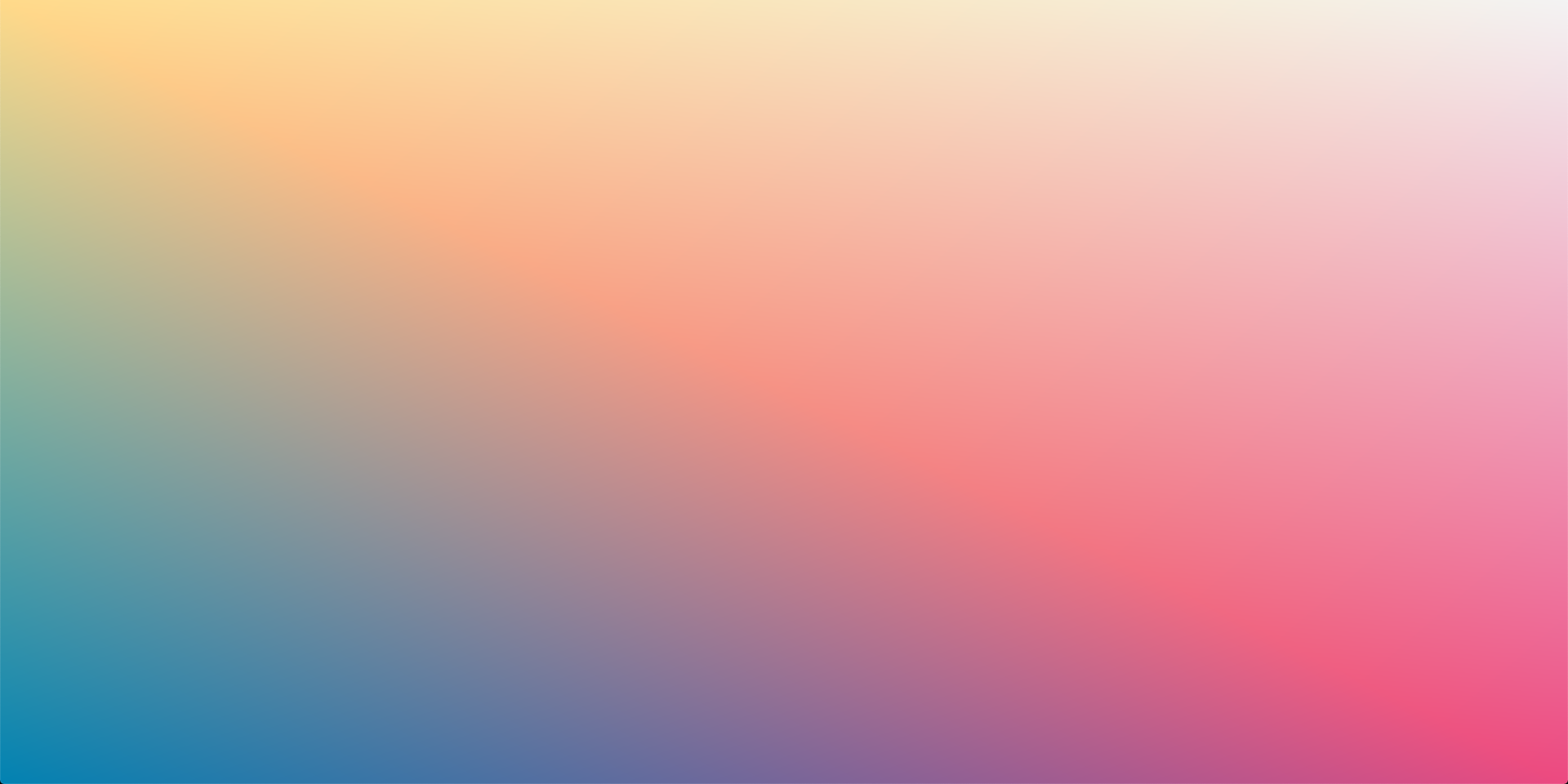 It looks good but I cannot help noticing the diagonal smear from the bottom right to the top left. I feel this is an artifact of linear interpolating the far opposite vertices. I'm drawing two triangles: the bottom left, and the top right. I think I would get similar results using OpenGL instead of WebGL.

Given the same four colors and the same size rectangle, is there a way to render this so the edge between the two triangles isn't so apparent? Maybe more vertices, or a different blending function? I'm not sure exactly what the colors should be at each pixel; I just want to know how to get rid of the diagonal smear.

A couple of ways to fix that.

One is to use a 2x2 texture with linear sampling. You have to do some extra math to get the interpolation correct because a texture only interpolates between pixels

Above is a 4 pixel texture stretched to 14 by 6. Sampling happens between pixels so only this center area will get the gradient. Outside that area would be sampled with pixels outside the texture so using CLAMP_TO_EDGE or on the opposite side of the texture using REPEAT.

Also of course, rather than do the math in the fragment shader we could fix the texture coordinates in JavaScript

Another way is to do the interpolation yourself based on those corners (which is effectively doing what the texture sampler is doing in the previous example, bi-linear interpolation of the 4 colors).

click here to open in a separate window
The question and quoted portions thereof are CC BY-SA 4.0 by whiterook6 from here
Issue/Bug? Create an issue on github.
Use <pre><code>code goes here</code></pre> for code blocks
comments powered by Disqus